Or maybe not. Apologies to all those of you expecting a blog last Sunday. I meant to write and post it before the Invaders arrived, but I was still running round like a lunatic trying to get things finished.

Including a bit of last minute putting up of curtain poles, (when I realised that anyone standing in the kitchen could see straight through into my bedroom) 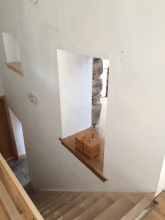 Followed by some frantic cleaning up after the builders who had been in. 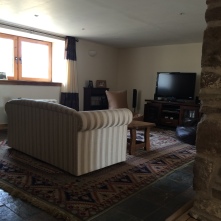 But hey – there’s nothing like a deadline for getting things done. And I have to say, the barn has never looked to good, nor has so much ever been achieved in such a short space of time as I’ve managed to get finished in the last 6 weeks.

Scotland did its best to entertain on the weather front – providing rain, snow, sleet, gale force winds, glorious sunshine and hail all in the space of one weekend!

We drove all the way up to Speyside for a nature watch at dusk. But it was not a pleasant drive home 3 hours in the dark, in a blizzard on some narrow country roads. 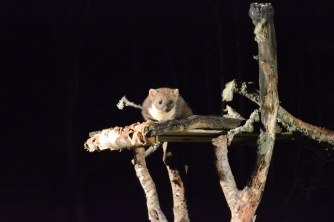 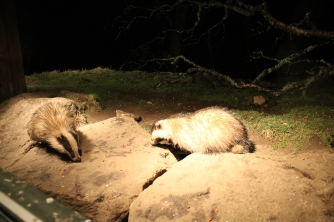 (I can’t take credit for the photo of the pine marten – my niece is clearly a better photographer than I am!).

Fortunately there were enough patches of dry weather to allow us to get out for an Easter egg hunt in the forest and a few long walks up the hill. 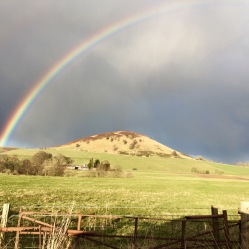 Not to mention the chance for a bit of Robin Hood practice:

Sadly I didn’t get to join in with the archery party. The piano man decided that Easter Monday was a good time to come back and finish the job he’d started the week before. Since it required dismantling practically every part of the piano, and it’s probably been about 10 years since it was last tuned, it took him a while to finish. But it certainly sounds a lot better now it’s done! 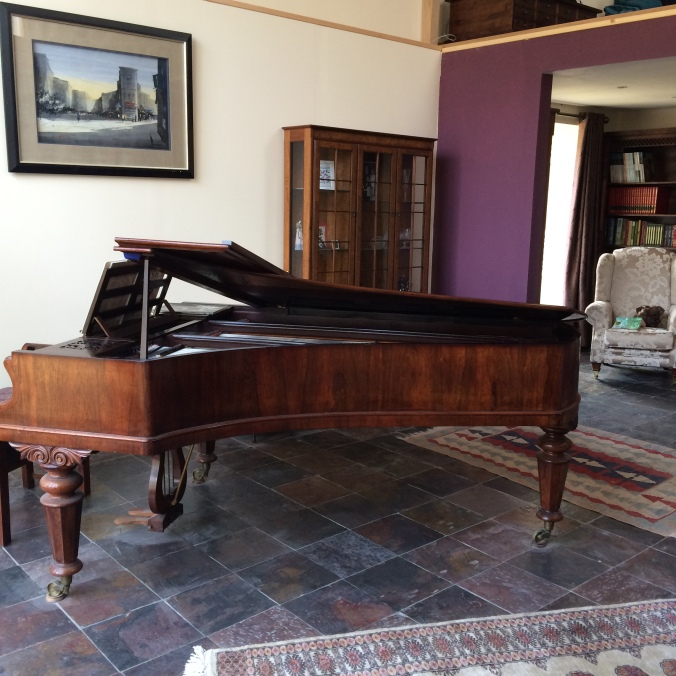 All in all I’d like to think quite a successful first ‘house-party’. It was really lovely to have my guests to stay, and I think it’s fair to say that the barn has been initiated into accepting visitors – the heating survived, the hot water appeared to cope with the demands of seven people, and the log burner was well and truly broken in!

And whilst I didn’t have a fully functioning kitchen, the Aga and fridge seemed to cope with the food and alcohol requirements!

But for anyone who’s worried that this might be the end of the blog – fear not. Whilst the invaders from the South might have spurred me on to make more progress in 6 weeks than I’ve managed in the last year, there was a whole lot of things that I didn’t quite get finished: The kitchen was just the Aga and the fridge – so although I could provide ice on demand for the G&T, we still had to go up into the freezing cold cottage for washing up.

And I didn’t quite get the balustrades finished – so upstairs was banned for everyone except me. 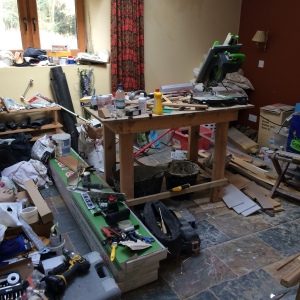 And although the new conservatory is looking great from the outside, the same can’t be said about the inside….

The list of ‘finishing’ still seems endless. And of course, even when (if) the house is ever completed, there’s a couple of acres outside that need a bit of work……

Hey-ho! I think I might be writing for a while yet…..