When the roof was finally on, and the building finally watertight (well more or less, but that’s a whole different blog..) I could finally start work inside. Woo hoo! The exciting stuff begins!

And putting up the very first stud wall was definitely an exciting moment. But the euphoria lasted about 3 seconds. As I stood back and proudly surveyed my handiwork it rapidly turned to wild panic. ‘That can’t possibly be right, it’s nowhere near big enough to be a bathroom. I must have got it wrong.’

Nope – all still telling me I’d put the wall in the right place.

BUT I CANNOT SWING A CAT IN HERE!! Never mind fit in a bath, a shower, a couple of sinks and a loo.

The problem was, I’d lost all sense of proportion with the barn. The main living room, before any dividing walls were built, was over 40ft square. The area where the first stud wall went up was a huge cavernous space 50ft long and reaching right up into a vaulted roof. 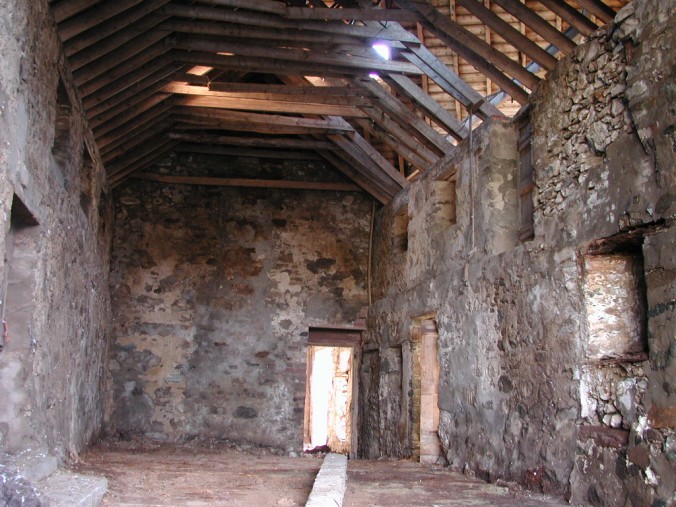 So creating a room that was a measly 7ft wide felt ridiculous.

In despair I did what most girls do. I phoned Mum! To ask how big her bathroom is. Maybe not the usual advice you seek from your mum, but it gave me a reference point I could relate to. And made me realise that I had completely lost my sense of spatial awareness – because at 7ft by 14 ft, the size of the bathroom I’d just created was probably twice the national average.

Even so, I pulled down newly built wall, moved it out a bit and put it back up again. (Well an extra 6 inches always makes all the difference.)

The excitement soon began to fade. Because it wasn’t just about creating rooms. All of the external walls had to be framed out, so I could insulate the building. Which meant in the main living room building a stud wall 5 metres high. 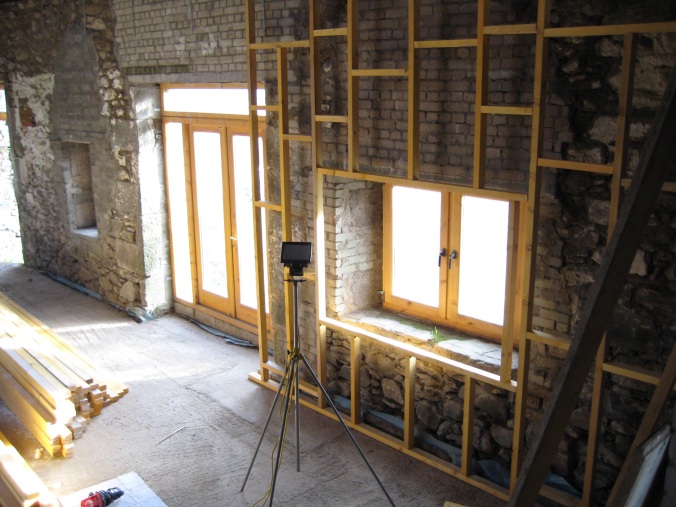 Insulation wasn’t the only reason for framing the building. I also needed to hide the damp proofing that was required in a number of places. Since I’m not a big fan of chemical solutions, I’d opted for a more mechanical solution, which came in the form of a giant plastic egg box on a roll.

Believe me, the novelty of building walls wears a bit thin when it also involves drilling into a granite wall to fix a giant egg box to it…. 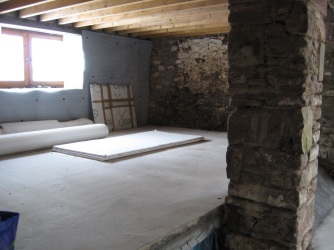 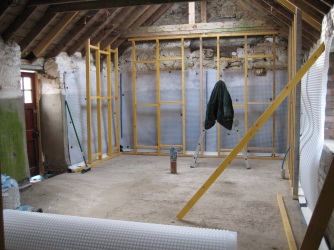 And on to the next room….and the next…… 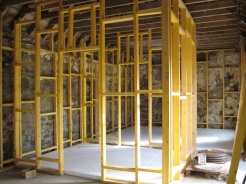 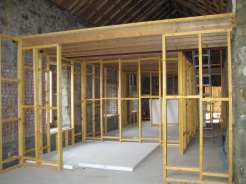 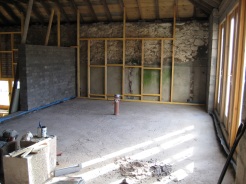 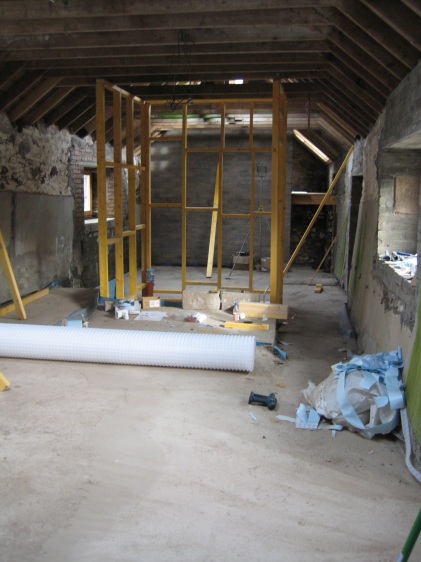 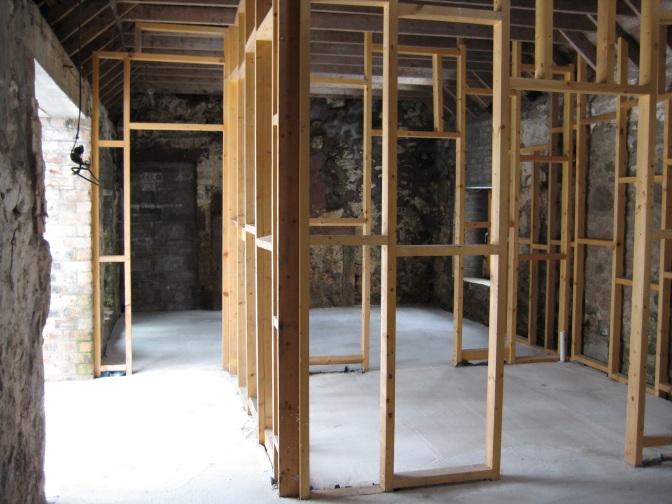 By now I would have been happy to never see another bit of wood again. Still on the positive side, at least I had the option of moving the walls to suit myself. Now I can swing that cat……